SIMON WHITLOCK is not only the best darts player ever to come from Southern Hemisphere but is also one of the Professional Darts Corporation’s most prolific winners, having clinched several titles in his glittering career.

Whitlock’s crowning glory to date is his 2012 European Championship triumph, when he joined the elite group of players to win a major PDC televised tournament.

The Australian has also reached two World Championship finals and has been runner-up in both the Premier League and World Cup of Darts.

Having won everything there was to win down under, Whitlock began to pursue his dream of playing darts as a full time professional and runs to semi-finals of the BDO World Championship and International Darts League in 2005 were signs of successful days to come for ‘The Wizard’.

Whitlock reached the BDO World Championship final at the Lakeside in 2008, where he finished as runner-up to Wales’ Mark Webster.

In 2010, after switching to the PDC, Whitlock produced a stunning run to the final of the World Championship with some incredible performances before being beaten by Phil Taylor.

That spectacular showing sparked a successful year for the Aussie ace on the ProTour as he picked up seven titles in addition to a run to the semi-finals of the Premier League in his debut season.

He also reached two further TV semi-finals in 2010, reaching the last four at the World Matchplay and World Cup.

2011 saw Whitlock again selected as one of the eight players to compete in the prestigious Premier League. He also became the first player to hit perfect nine-dart-finishes in successive ProTour events.

In 2012, Whitlock enjoyed another brilliant year, reaching the semi-finals of the World Championship despite almost missing the tournament with a broken leg.

He and Paul Nicholson took Australia to the World Cup final but were denied a famous victory against England in a sudden-death shoot-out.

Whitlock also produced his best ever showing in the Premier League, reaching the final after hitting a nine-dart finish against Andy Hamilton in front of 10,000 delighted fans at London’s O2 Arena.

Later that year, Whitlock defeated Wes Newton 11-5 in the final of the European Championship – one of four titles he won in 2012.

A year later ‘The Wizard’ lost out to Adrian Lewis in the final of the same tournament but another ProTour triumph saw him increase his PDC title haul to 12.

He reached the semi-finals of 2014 World Championship and added a further title to his name later that year.

After suffering a loss of form in 2015, Whitlock bounced back in style winning five ProTour events in as many months from October 2016.

In October 2017, ‘The Wizard’ reached the final of the World Grand Prix for the first time but was edged out in a thrilling final against Daryl Gurney, who won by five sets to four.

He remains a major title contender in every event the plays in.

Walk on music: Down Under by Men at Work 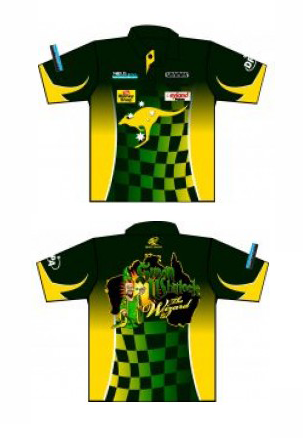